Newton McFaul MacTavish (1875-1941) was a Canadian journalist, art critic and early art historian. Born in Staffa, Ontario, he became a reporter at The Toronto Globe in 1896 and was its assistant financial editor until 1900. From then until 1906, he studied English literature at McGill University while working as a correspondent and business representative of The Globe in Montreal. In 1903 he married Kate Johnson. Between 1906 and 1926, MacTavish was the editor of The Canadian Magazine in Toronto. In 1910 he travelled to Europe and visited the Canadian artists J.W. Morrice and John Wentworth Russell in Paris. He subsequently (1922-1933) served as a trustee of the National Gallery of Canada in Ottawa. Acadia University, Wolfville, Nova Scotia conferred honorary degrees on Newton MacTavish in 1924 (M.A.) and 1928 (D. Litt.). From 1926 to 1932 he was a member of the Civil Service Commission of Canada. A founder of the Arts and Letters Club (Toronto), he was also on the editorial advisory board of and contributor to the Encyclopedia of Canada (1932-1935). In addition to his articles, essays and short stories, MacTavish was the author of Thrown In (1923), The Fine Arts in Canada (1925, the first full-length history of Canadian art), and Ars Longa (1938). A fourth work, Newton MacTavish’s Canada, was published posthumously in 1963. He died in Toronto in 1941. 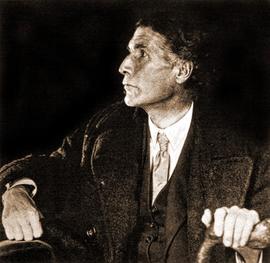 J.A. Wainwright (1946- ) is a writer of poetry, fiction and non-fiction; and an emeritus Professor of English at Dalhousie University. He published Blazing Figures: A Life of Robert Markle (Waterloo, ON: Wilfrid Laurier University Press) in 2010.