The Canadian Art Club was a Toronto-based exhibiting society active from 1907 to 1915. The club brought together the work of most of the leading Canadian painters and sculptors of the day, largely from Toronto and Montreal but also from abroad, for its annual exhibitions. It was formed by seceding members of the Ontario Society of Artists who rejected what they perceived as that group’s parochialism and low artistic standards. Among the founding artist members were W.E. Atkinson, Archibald Browne, Franklin Brownell, Edmund Morris, Homer Watson (first president of the club) and Curtis Williamson. The artists were soon supported by a considerable number of members who were not artists (referred to as ‘lay members’ in documents). Part of the club’s purpose was to encourage expatriate Canadian artists, such as J. W. Morrice and Clarence Gagnon, to associate with the club and to exhibit in Canada. It succeeded in affording sympathetic reception in Toronto for prominent Quebec artists of the time, like Marc-Aurèle de Foy Suzor-Coté. After the death in 1913 of Edmund Morris, honorary secretary and chief organizer, the club declined amid disputes between members until it ceased to function in 1915. The Canadian Art Club was formally dissolved about 1933.

Frederick Sproston Challener, painter, was born in Whetstone, England in 1869 and came to Canada in 1870. He studied at the Ontario School of Art, was first exhibited in 1900 at the Royal Canadian Academy and subsequently worked as a newspaper artist. After a tour of Europe and the Middle East in 1898-99, he began working as a muralist and participated in the decoration of the recently completed Toronto City Hall. At the end of the First World War, Challener worked as a painter for the Canadian War Records Department. He made his career chiefly by creating murals for passenger boats, restaurants, hotels—such as Fort Rouillé in the King Edward Hotel,Toronto—office buildings and theatres, including the Royal Alexandra Theatre in Toronto. He also produced easel paintings, watercolours and drawings in a realistic, romantic style. From 1927-1952 he taught at the Ontario College of Art, during which period he made notes and assembled material on Canadian artists. He died in Toronto in 1959. Challener was a member of numerous arts organizations including the Toronto Art Students’ League, Ontario Society of Artists, Royal Canadian Academy, Society of Mural Decorators of Toronto and the Arts and Letters Club of Toronto (founding member, 1908). His work is in the National Gallery of Canada, the Civic Art Gallery, Winnipeg, the Art Gallery of Ontario and numerous public buildings.

Jack (John Richard) Chambers, artist and experimental filmmaker, was born in London, Ontario in 1931. He studied at the Escuela Central de Bellas Artes de San Fernando in Madrid from 1957 to 1959. In Spain he met Olga Sanchez Bustos, whom he married in Canada in 1963. They made their home in London and had two children, John (b. 1964) and Diego (b.1965). Chambers’ style of painting and drawing in the 1960s was characterized by a dreamlike quality. Toward the end of that decade, his work became intensely focused on the depiction of reality, often relating closely to source photographs, most of which were taken by the artist himself. Between 1964 and 1970 Chambers also directed eight films. The subjects of his work were often domestic or regional, focusing on his experience in London. In 1967, Chambers founded Canadian Artists’ Representation to try to establish fee scales for reproduction rights and rental fees for works in public exhibitions, and served as president from 1967 to 1975. In 1969 Chambers published his essay “Perceptual Realism”, and that same year, was diagnosed with leukemia. From 1971 to 1977 he worked on “Red and Green,” a study of art and perception (unpublished). Chambers died in London in 1978. His work is in the collection of the Art Gallery of Ontario, the National Gallery of Canada, the Montreal Museum of Fine Arts, and numerous other Canadian galleries.

Gordon Conn (ca.1888-1977) was an art collector and supporter of visual art in Toronto. He studied to be a musician and worked as a painter in his youth. Although he did not pursue a career as an artist, he maintained connections with many artists. He was a friend of the painter Kenneth Forbes (1892-1980) who painted Conn’s portrait in 1935. Together with Forbes, Gordon Conn founded the Ontario Institute of Painters devoted to the display of painting based on what Forbes called “traditional” art values. Conn turned over his studio in Wychwood Park in Toronto—The Little Gallery—to a series of one-man shows of its members. Near the end of his life, he donated paintings by artists represented in this collection to public art galleries in Ontario.

Greg Curnoe (1936-1992), artist, lived most of his life in London, Ontario. He studied at the Special Art Program at H.B. Beal Secondary in London (1954-1956), the Doon School of Fine Arts (June-October 1956), and the Ontario College of Art (1957-1960). Curnoe married Sheila Thompson in 1965, and the couple had three children, Owen, Galen and Zoe. From Curnoe's early years, his hometown of London became the focus of his life and work, and he attracted much attention to its flourishing art scene. In 1962, he organized the first happening and the first artist-run gallery (the Region Gallery) in Canada. Curnoe played a key role in the founding of the Nihilist Party (1963) and the Nihilist Spasm Band (1965). He began making stamp books in 1962, and has been considered the first maker of artists' books in Canada. He founded the Forest City Gallery in 1973. Curnoe took up competitive cycling in 1971, and it remained a passion and ingredient in his art-making for the rest of his life. Over the course of his career, Curnoe was awarded numerous Canada Council and Ontario Arts Council Grants. From 1964, Curnoe exhibited nationally; in 1969 he represented Canada at the Sao Paolo Bienal in Brazil, and in 1976 at the Venice Biennale. He died in a traffic accident while cycling in 1992. Curnoe was the subject of a National Gallery of Canada retrospective in 1980, and the AGO exhibition Greg Curnoe: Life & Stuff in 2001. His work is to be found in all of Canada’s major public collections, as well as many private and corporate collections.

Factory 77, initially known as Galerie Scollard, was a Toronto artist-run gallery focused on art education which operated between 1976 and 1982. Galerie Scollard was established in Toronto in 1976 as a non- profit charitable organization by Dushka Arezina, a Yugoslavian emigrée, artist, and art historian. It was coined a “centre for education in vision” and was located on Scollard Street in Toronto. The gallery was operated by a Board of Directors of which Harvey Cowan was the chairperson and Kenneth Lund the president. Dushka Arezina sat on the Board of Directors as treasurer and was also the gallery’s executive director. Galerie Scollard ceased opera tions under that name in 1978 and was re-established as Factory 77 in November 1978 upon moving into a former carpet factory at 77 Mowat Ave. in Toronto’s Parkdale area. Factory 77’s operations were overseen by Arezina and a Board of Directors chaired by Lund, a Toronto lawyer. It aimed to present a broad view of contemporary visual arts by exhibiting established artists together with emerging ones. In the years between 1978 and 1982, the gallery mounted more than 13 exhibitions per year, featuring prominent Canadian artists such as Mary and Christopher Pratt, Lynn Do noghue, and Ken Danby. The gallery also placed significant emphasis on exhibitions by Eastern European artists such as Jiri Ladocha. The gallery aimed to foster student participation through exhibits of student and youth work, and placed significant focus on art education and appreciation outreach programs in elementary and secondary schools in the Toronto area. Due to financial and administrative difficulties, Factory 77 ceased operations permanently in February 1982.

John Faichney is a Canadian dancer, television producer and software analyst born in Montreal in 1952. He graduated from Oberlin College where he developed an interest in choreography and dance improvisation. In May 1976 he performed at the Centre for Experimental Art & Communication (CEAC) in Toronto and was invited to join the Centre’s staff. Amongst other activities, he designed printed matter, maintained exchange programs with other artists’ groups, curated an exhibition of artists’ books and managed distribution of mailings and periodicals (including Strike, a quasi monthly newspaper.) An offshoot of the Kensington Art Association, CEAC moved in 1976 to 86 John Street and then to 15 Duncan Street, offering space for performance art, installations, videos and music. Key members of the group were Amerigo Marras, Suber Corley, Bruce Eves and Ron Gillespie (a.k.a Ron Giii); Marras in particular encouraged connections with European and American artists. The group became increasingly politicized and in 1978 its government funding was rescinded. An attempt at self sufficiency by starting a television production studio at 124 Lisgar Street was not sustainable and CEAC disbanded in 1980. John Faichney lives in Kitchener, Ontario, and remains involved with Contact Improvisation. 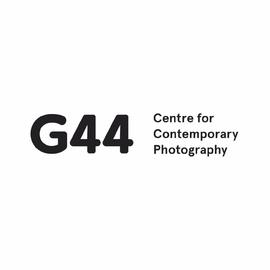 Gallery Moos was opened by Walter Moos in May 1959 at the corner of Avenue Road and Davenport Road in Toronto. Early in 1963 it moved to Yorkville Avenue, becoming one of the first arrivals in what was to become a significant gallery district of the city, and subsequently prospered there for some 30 years. In July 1992 the gallery moved to its current location at 622 Richmond Street West.