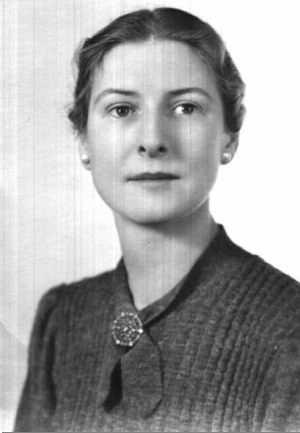 Standardized form(s) of name according to other rules

Other form(s) of name

Mary Augusta Stewart Houston Bagnani (1903–1996), known after marriage as Stewart Bagnani, was an administrator at the Art Gallery of Toronto (now the Art Gallery of Ontario) and a lecturer in fine art. Born in Toronto of a distinguished family, she was the daughter of Stewart Fielde Houston (1868–1910), manager of Massey Hall in Toronto and first editor of The Financial Post. Her mother was Augusta Louise Beverley (Robinson) Houston (1859–1935), daughter of Mary Jane (Hagerman) Robinson (1823– 1892) and John Beverley Robinson (1821–1896), mayor of Toronto (1856), member of Parliament in Ottawa (1872–1880) and Lieutenant-Governor of Ontario (1880–1887). Augusta Robinson was one of five children: John Beverley, Napier, Christopher, Minnie Caroline (d. 1923; from 1881 Mrs William Forsyth Grant) and Augusta herself (from 1898, Mrs Stewart Fielde Houston). Stewart Bagnani’s greatgrandfather was Sir John Beverley Robinson (1791–1863), Chief Justice of Canada West (now Ontario) from 1829 to 1862. (Mary Augusta) Stewart Houston attended school in England and in Toronto (Bishop Strachan School), and later studied art history in Rome, where she met Gilbert Bagnani.

After her marriage to Dr Bagnani in Toronto in 1929, Stewart Bagnani worked beside her husband in the excavations at Tebtunis entrusted to the Royal Italian Archaeological Expedition in Egypt of which Dr Bagnani was director. On site, she drew and painted watercolours (now at Trent University) of early Coptic church frescoes, and recorded observations of excavation workers and of local customs to accompany Dr Bagnani’s photographs. When Gilbert and Stewart Bagnani moved to Canada in 1937, they worked at enlarging the farmhouse on their estate Vogrie to accommodate collections of books and works of art. In the 1950s, a mural was commissioned for a room in the house from Canadian artist William Ronald (1926–1998) of the Painters Eleven. In 1951, while her husband was teaching at the University of Toronto, Mrs Bagnani became head of Extension at the Art Gallery of Toronto, a position she held until 1963. When Dr Bagnani accepted a post at Trent University in Peterborough, Ont. in 1965, Mrs Bagnani gave lectures there on fine art, worked on promoting the Mackenzie Gallery at the university and volunteered at Kingston (Ont.) Penitentiary. A pamphlet and transcripts of two lectures by Stewart Bagnani are in the library collection of the AGO.

After her husband died in 1985, Stewart Bagnani lived in Toronto until her death in 1996 at the age of 93. She was buried with her husband Gilbert in Cobourg (Ont.).

Identifier of the related entity

Category of the relationship

is the spouse of

Dates of the relationship

Dates of creation, revision and deletion