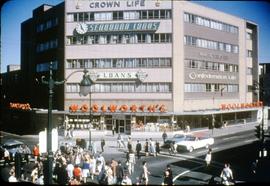 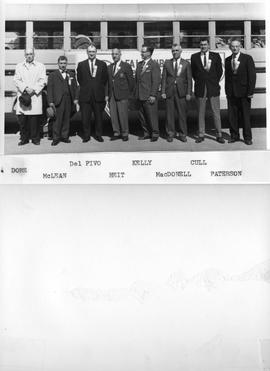 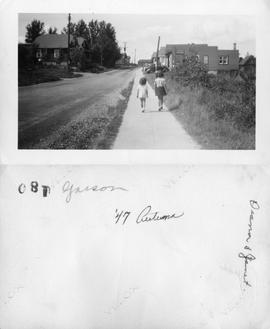 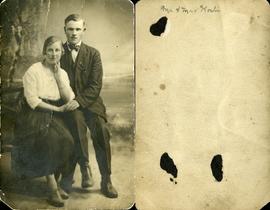 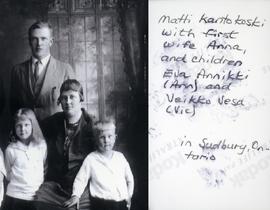 One annotated print copy of a black and white photograph of Matias (Matti) Niilo Kantokoski (Koski) with his wife Anna Milia (nee Koivula) and their daughter Eeva Annikki and son Veikko Vesa. 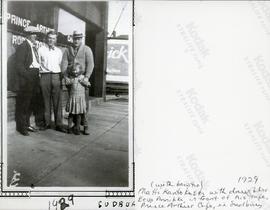 Matti Kantokoski (with bowtie) with daughter Eeva Annikki, in front of his café Prince Arthur Café, in Sudbury

One annotated print of a black and white photograph of Matti Kantokoski (centre) standing outside of the Prince Arthur Café with two other men and his daughter Eeva Annikki. 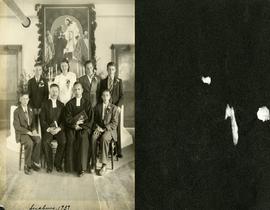