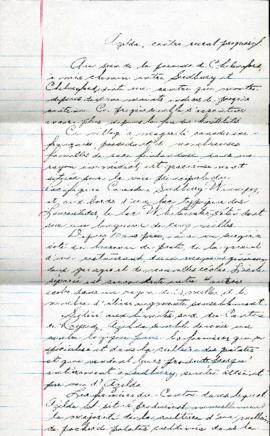 Item is a four page, handwritten paper regarding Azilda, Ontario. This paper includes the history of Azilda, its geography and landscape, the French-Canadian and Finnish families who made up the majority of the inhabitants and the town's agricultural economy. 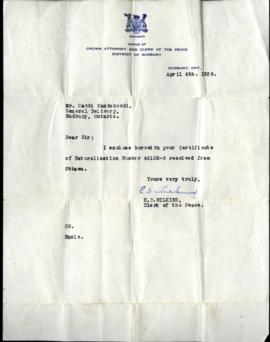 Series consists of a letter dated April 6, 1939, to Matti Kantokoski from E.D. Wilkins, Clerk of the Peace, with his Certificate of Naturalization (dated March 30, 1939) attached; and a certificate of greetings from the Imperial Order Daughters of the Empire (I.O.D.E.) to Matti Kantokoski on the occasion of him becoming a British subject and Canadian citizen by naturalization in Sudbury, Ontario. 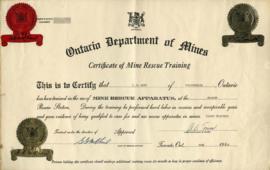 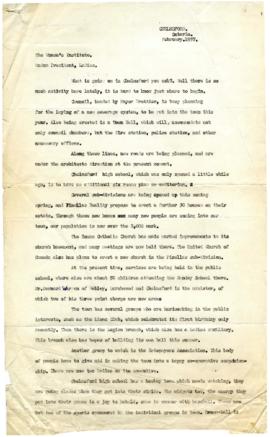 Item consists of a typewritten, annotated paper, written in the format of a speech, which was most likely presented to the group at one of their monthly meetings. The paper outlines the growth and development of Chelmsford, Ontario during that time period (1950's) and focuses on such events as the laying of new roads, the creation of a new sewage system, the opening of new subdivisions, improvements to the local churches and the work being done by local groups and sports teams, such as the Lion's Club, the Women's Institute, the Girl Guides and the high school hockey team. 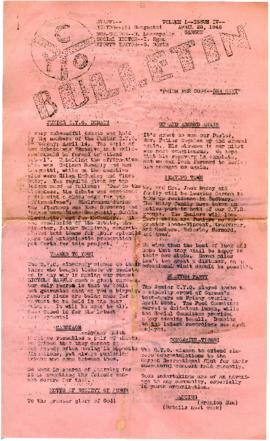 Item is volume I, issue IV of The Catholic Youth Organization's Bulletin. 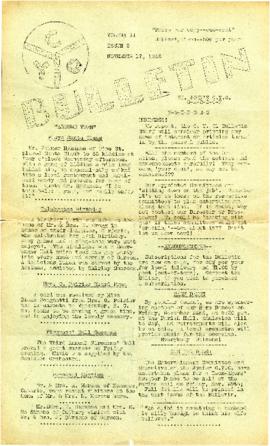 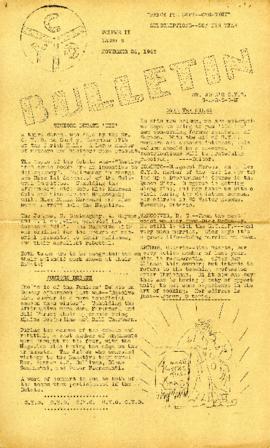 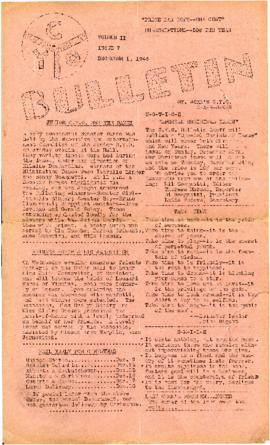 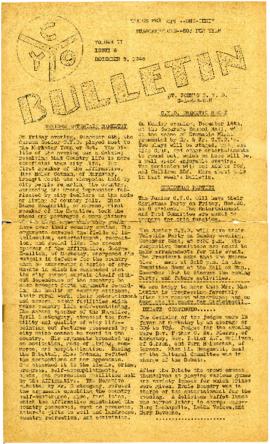 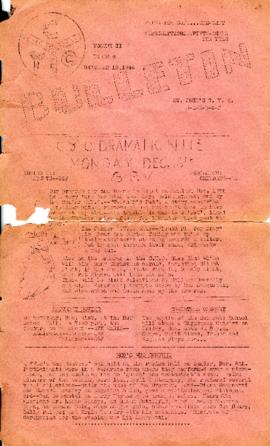