Series consists of letters written by William J. Cooke and others in support of the Trillium Award for the Aldershot community.

Series consists of articles relating to W.J. Cooke and his involvement in the concrete industry; his work with the Rotary Club and other organizations; Cooke concrete plant history; development projects; Oaklands, Aldershot, and other local histor...

Series consists of survey plans including Flamborough and Oaklands, and interior and exterior house plans. Series includes a US Coast and Geodetic survey, 1941. 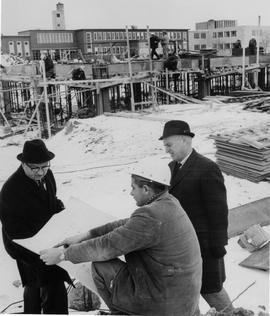